Rachel Faugno ~ character interview and her novel The Witching Time 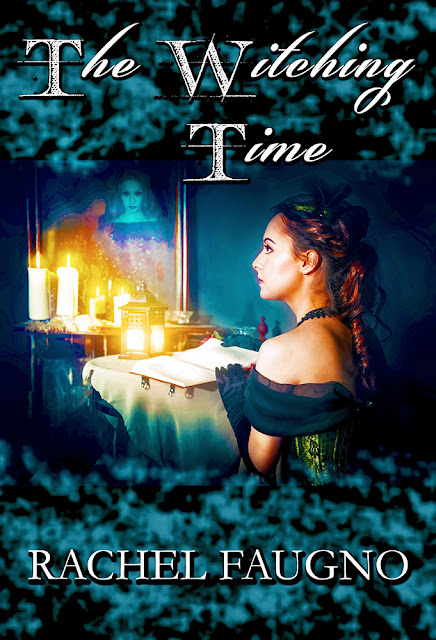 ONE LINER: When Caroline Burdick inherits a creepy old house, she’s swept into a maelstrom of witchcraft, illicit love, and dark family secrets that shatter her world.

SYNOPSIS:
Caroline Burdick is still mourning the death of her toddler son when she inherits an isolated old house from her great aunt Hetty, a woman she barely knew. But the unexpected windfall comes with a catch: she must live in the house for six months to claim her inheritance.

Set on a lonely hilltop in Brookfield, Massachusetts, the house terrifies Caroline, as does her aunt’s menacing companion Sarah Stratton, who has stayed on as housekeeper. Even more disturbing are the repeated appearances of Bathsheba Spooner, a distant relative who was hanged for murder in 1778, and the discovery that Hetty was high priestess of an ancient coven of witches.

The only light amidst the darkness is a beautiful young man named Eddy Ross, with whom Caroline falls helplessly in love. But that fleeting joy cannot save her from the deadly maelstrom of witchcraft and family secrets that shatter her world.

AN INTERVIEW WITH CAROLINE BURDICK

Q. What was your opinion about witchcraft before you went to Aunt Hetty’s house?

A. I knew that some distant relatives had dabbled in witchcraft, but I never gave it much thought. My mother always said that Aunt Hetty and her friends were just playing make-believe, and I pretty much accepted that opinion.

Q. When did you start to think that witchcraft might in fact really exist?

A. At Aunt Hetty’s burial ceremony on Ostara, there was this thing, this phantom that seemed to rise from an old vessel containing my ancestors’ ashes. It frightened me and made me question whether there might be something to witchcraft after all. And then when I found the old book, well, that seemed pretty convincing.

Q. You were frightened when you first went to Hetty’s house. Why didn’t you go back home?

A. Oh, my husband convinced me to stay. Alan was a pretty persuasive guy. And as scared as I was at first, there was something about the house that intrigued me. Some hidden thing that spoke to me. And then I met Eddy and everything changed.

Q. Speaking of Eddy, he’s much younger than you. Do you still think of him as your soul mate?

A. Oh, yes. When you find your soul mate, you know it instantly. Eddy and I have been together for centuries. Forever, really, through many different lifetimes. The veil falls between us now and then, but neither time nor place can ever truly separate us.

Caroline: It was, she realized, the face of a woman unloved . . . Alan had completely turned against her. He pretended otherwise, but she was not deceived. He stayed only because of pity or the bitterness that binds...
Alan: My god! You really have gone off the deep end. Now you’re telling me the house is haunted?

Mrs. Stratton: Tom hit me once. He took ill that night and never woke up.

Mr. Cummings: But does our inner nature truly change, or do we simply acquire new disguises?

REVIEW   “You won’t need to break out your torches and pitchforks to hunt for your next Sci-Fi/Fantasy read! Rachel Faugno’s THE WITCHING TIME chronicles a famous witch hunt and is jam-packed with elements of suspense, supernatural and steamy love affairs.”
– Romantic Times Book Reviews

REVIEW   “Full of mystery, suspense, and a heavy dose of the supernatural, get ready for a thrill ride from the very first page. This is psychological horror…done right.” – Charles Day, Bram Stoker Award-nominated author of THE LEGEND OF THE PUMPKIN THIEF 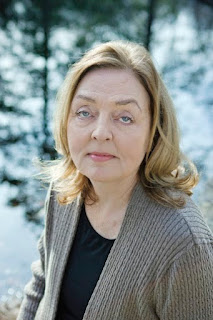 AUTHOR BIO:
Rachel Faugno, a native of Salt Lake City, Utah, makes her home in central Massachusetts. She teaches English at a community college and has worked as a newspaper correspondent, freelance writer, and magazine editor.