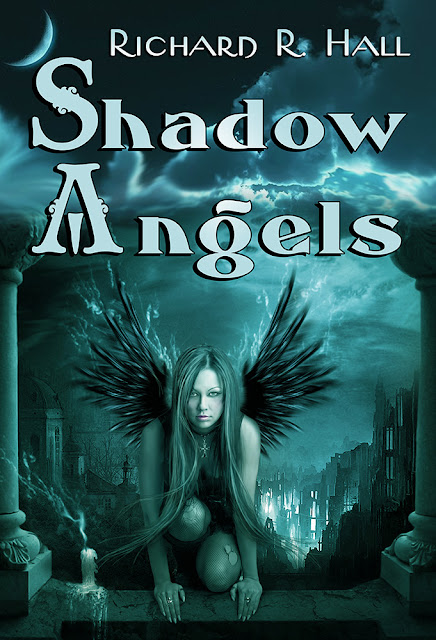 ONE LINER:
Densely descriptive Shadow Angels features a series of stunning heroines and Shawn a Vietnam war hero whose life is forever changed when he meets Anne, the vampire who will make his wounded body immortal.

SYNOPSIS:
Seven thousand years ago, the Archangel Michael gave five humans the blood of the angels and five swords from heaven to counter the five Esmanaa demons and their ever-growing evil. These vampires have lived their long lives hidden in the shadows, fighting the Esmanaa, protecting humans and shielding them from the dark forces that occupy their world. And now they have a new defender in their corner---but will it be enough to avoid the terrible tragedy that awaits them all?

Travel through the centuries with the Bryce family of vampires---from their creation to the final battle---in Shadow Angels, a deliciously different take on the traditional vampire tale.

I still remember sneaking down the stairs on a Saturday night feeling the thick rough carpet under my bare feet after my mother and father had gone to bed. I would slowly tip toe down, stop at the middle and peer through the bannisters into the living room to make sure my parents had retired for the night. Hoping my father had turned on the night light so I could see my way. I would start my adventure, usually around midnight, quietly sneak to the old metal black and white television, pull the knob and listen for the pop of the starter. I watched the television blink alive, making sure the sound was turned down where only I could hear it. My treasure was Frankenstein, The Mummy, The Invisible Man, and yes my favorite, Dracula. I would sit close to the television wide eyed with the light and motion of the picture flickering in my eyes, always looking back at the stairs to make sure my father was not standing there with his stern look. Then the familiar start to the show Saturday Night Thrillers and I knew I had struck pay dirt. This is where my love for horror, fantasy and science fiction came from. My thrill with watching horror unfold.

When I was older, two thirds of the books I read were science fiction, horror or fantasy. Eventually, I started to write books and the idea for Shadow Angels came one night while I was watching the movie Eclipse with my sweetie. I had also recently watched the movies Let Me In and Byzantium, stories that had a different take on the traditional vampire story; all the ingredients were there for my concept. In these movies, some of the vampires were good and the vampire families were good. What if all vampires were decent and what would make them that way? Maybe, it would come from angels in heaven with their need to fight evil here on earth. Vampires were different than we thought they were. Maybe, they were sent to feed on evil. Humans had misunderstood what they had perceived from these creatures. Over the next year, I developed my unique story of humans changed by angels to have the strength to counter Lucifer’s covert entities brought to earth to bring evil and despair to the human race. The vampires would take their nourishment from humans that had Lucifer’s seed of evil in them.

I spent the next six months developing my story. I thought of it constantly when I was working, driving or kayaking. Took time on my Sundays developing a rough outline and then I started the book. I was constantly thinking of the characters and developing a sense of who they are and the world they lived in. A year and half later writing every day I finished Shadow Angels.

My book is a unique take on vampire lore. It is about the Bryce family of vampires who have fought the five demons known as the Esmanaa and lost. Finally, the warrior angels of heaven sent a new champion, Shawn. The book Shadow Angels is certainly a story of vampires, but it is a unique story of vampires. The book tries to leave the dark horror of the vampire story and traverse into a more paranormal, fantasy aspect of vampires fighting the great fight between good and evil. My vampires are certainly killers but they are heaven’s killers led and taught by the Archangel Michael and his warrior choir of angels. The book steers away from the typical road of today’s vampire story. I am certain all fantasy and horror connoisseurs will enjoy the story of the Shadow Angels. 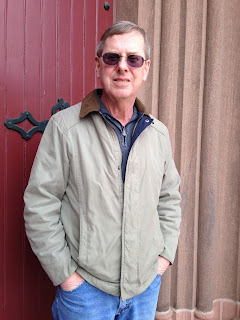 AUTHOR BIO:
Greetings, my name is Richard Hall. I spent most of my working life in the engineering field setting up quality assurance programs for industry. While working the grind my beautiful wife Debbie and I raised two fine human beings and we now own a floral shop in Albany, New York. Always a fan of old horror, such as Frankenstein, The Mummy, and The Invisible Man---but my favorite was vampires. I have been a fan of old horror since watching my first Universal Pictures vampire movie with Bela Lugosi. Work and raising children kept me from writing that first book, but eventually in life things quiet down, and I finally found the time. I have always enjoyed writing and over the years written a few short stories. Currently I am putting the final touches to Rise of the Queens the sequel to Shadow Angels.