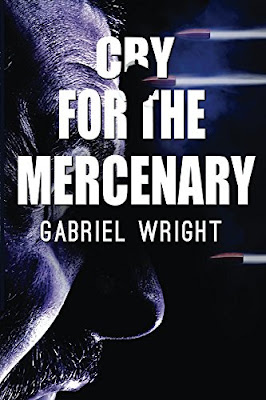 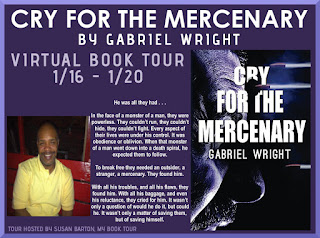 To break free they needed an outsider, a stranger, a mercenary. They found him.


PURCHASE CRY FOR THEMERCENARY ON AMAZON.COM 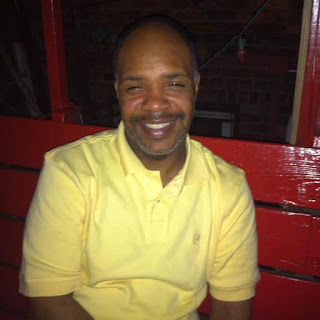 ABOUT GABRIEL WRIGHT
Gabriel Wright was born, and raised in NYC. Originally from the borough of the Bronx, Gabriel attended college at the City University of New York (CUNY). Afterwards, he spent 20 years in a career as an IT Professional. Gabe admits it wasn't exactly his dream job but he liked the work enough that he would've happily toiled away at it until mandatory (or forced) retirement.

Gabriel’s true dream job was being a writer. It was always in the back of his mind, but it was always something that he thought he’d get around to eventually. Then a not so funny thing happened in Gabe’s IT career – he was laid off. Although, sadly, it wasn't the first time, this time he took it as a sign that eventually had finally come. Gabriel began to write and ultimately producing his first novel Cry for the Mercenary.

Gabriel Wright still lives in NYC with his family. Along with writing, he’s also trying to make a success of his family-owned bagel shop in Harlem.