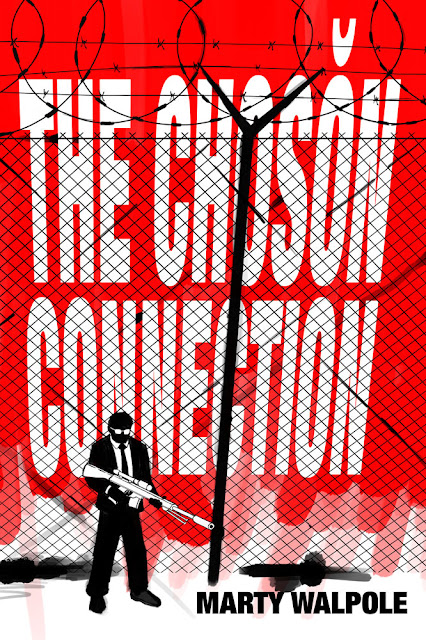 ONE LINER:
Peter Kelly, the CIA’s best marksman and assassin, is given a new mission - covertly enter North Korea and, if at all possible, rescue an American detainee.

SYNOPSIS:
For Sarah Kimble a quick excursion to North Korea’s  capital of Pyongyang, seemed like a great idea until she took photos of someone the North Korean Security Service didn’t like and arrested  her for spying. Sarah is transferred to gulag on the other side of the country. Meanwhile a senior member in the US State Department, fed up with American tourists being detained by the North Koreans, contacts Secretary of State Hamilton and Carl Benson - Director of the CIA. Peter Kelly, a contract assassin for the Agency is brought in. His mission:  to enter North Korea covertly and, if possible, get Sarah Kimble out. Together with his Japanese/American partner, Yuki Cassidy, Kelly travels at night to North Korean coastline by fishing trawler and enters the country. While making their way to the gulag, the pair come upon a truck carrying American Tomahawk missiles. Now the hunt is on, for the person who sold the North Koreans American weaponry.

‘The Choson Connection’ is a story that came to mind while working in a North Korean high school here in Osaka, Japan. Although the students and staff in the school were not actually from North Korea, they were the children and/or grandchildren of North Koreans who were brought to Japan before and during World War Two by the Japanese Imperial Army to work in as slaves in ammunition factories and coal mines. While at school, students and staff alike were forbidden to speak Japanese - which was, in fact, their “natural” language. Instead it was compulsory to speak in Korean. Japanese was treated as a “second” language. Interestingly, many of the staff would revert to Japanese when chatting in the school’s staff room.

Hanging from the wall, above the blackboard, in each classroom were two photographs of Kim Sung (the deceased founder of North Korea) and his son, Kim Jong iL (the deceased second leader of the country). The current leader, Kim Jong Un’s photograph was not displayed. In other rooms pictures of a benevolent Kim Sung playing with children or Sung and his son, Kim Jong iL holding the hands of smiling adults and children, were hanging high on the walls in elegant frames For me, these pictures were clearly nothing but a ploy to bring respectability and belief in the Kim Dynasty. Unfortunately for the school, most students saw through the facade and when I asked if the pictures caused them to want to move to North Korea, most of the students laughed and told me they would never move to North Korea. Japan, most considered, was so much better and was their home.

Around the time I began working in this school as an English language teacher, North Korea was having problems with foreigners entering the country illegally. most of these illegals hailed from the US and thus, no doubt, giving US State Department officials all kinds of grief. So much so that two former US presidents, Carter and Clinton, made special trips to the country in order to secure the release of detainees. This got me thinking, what if someone from the US entered the country legally and was arrested for some small infraction. Would the US State Department ask another former President to again travel to North Korea on a mission of rescue? Or, would they perhaps look for other ways or methods to get one of their own out of that country? Indeed, they may even consider sending in a covert rescue team. This was when the plot for “The Choson Connection” suddenly popped into my head - an American tourist sees and photographs something she shouldn’t have seen and is arrested. As the story formed in my conscience I started question people, in the high school, about North Korea. I asked such questions as, were there any gulags that “retrained”hostiles of the Kim Dynasty? To this question I received vague or complete denials. When I asked about North Korean Army, I was told, enthusiastically, that it was the largest army in the world and that all were loyal to the Kim family. I asked about the country itself - the terrain, climate, etc and again it was explained that North Korea had its share of lush forests as well as barren sunburned plains and mountainous areas. My next step was to come up with a protagonist and antagonist. I decided that the protagonist would be CIA contract assassin Peter Kelly and the antagonist would be, in North Korea, an army Lieutenant named Nam. I also decided to throw in another antagonist, a freelance hit-man. With the plot and characters firmly established, I began to write the story and after nearly two years of thumping the keys on my keyboard I finished the book. It is my hope that readers of “The Choson Connection” will enjoy the story. I believe I have made the array of characters’ from North Korean Army officer, Lieutenant Nam to through to US Naval Captain Sneddon, believable. Thank you for reading. 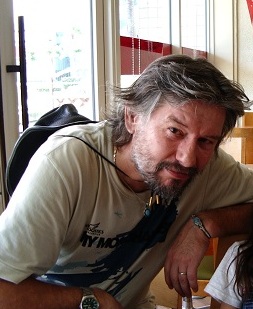 AUTHOR BIO:
Marty hails from the small nation of New Zealand. He now lives Osaka, Japan with his Japanese wife and two children. Marty began writing in his late teens and has kept it up all through his life. He has written for various blogs, web sites and small local news outlets. In 2011, he set about to write his first novel, ‘Giselle and the fate of Wahine’. Recently he completed his second novel, ‘The Choson Connection’ and is now beginning a new writing project.