Karen Cowan ~ an interview and the novel ~ Journey to Wizards' Keep 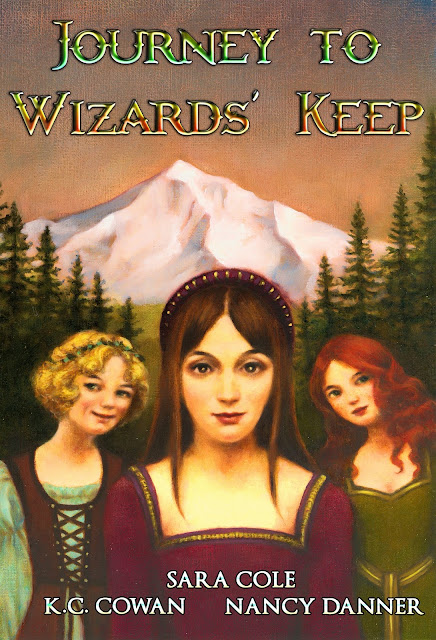 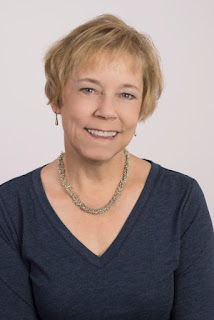 KC Cowan has spent her life working in the media, as a reporter for KGW-TV, KPAM and KLX-radio, and as original host and story producer for an arts program on Oregon ​Public Television. She is also the author of two books: “The Riches of a City,” the story of Portland, Oregon, and “They Ain’t Called Saints for Nothing!” with artist Chris Haberman. She is married and happily lives in her hometown.


Sara Cole is an officer with Clackamas County Sheriff’s Office, where she is the Crime Prevention Coordinator. Sara provides public outreach to citizens on topics such as Neighborhood Watch, ID Theft and Personal Safety. She also serves on many community coalitions, and is a board member of the Crime Prevention Association of Oregon. Sara is married and enjoys spending much of her free time with her two active grandchildren.

Nancy Danner is the daughter of a shoemaker and a teacher. Nancy is a teacher, and for many years taught in a blended class of hearing and hearing-impaired students. Nancy's love of music has her singing in church choirs, directing children's musicals, and writing songs for her students. Nancy's family includes two grown children, Sean and Clarice, a rescue dog named Hal, and a loving husband, Rodney.

Q: Tell me something you would like your readers (fans) to know about you.
A: This book literally saved my life. In 2012, I had lost my “dream job” and had no prospects. I thought my “working years” were over and I would be going into an early retirement at 55. Then, out of the blue, one of my two best friends, Sara, asked me if I still had “The Log,” which was the novel we co-wrote when in college. I did and she begged me to type it up. Long story short – finishing the book and then working three years to polish it for publication gave me a reason to get out of bed every morning!

Q: If you could morph into any creature what would it be?
A: A pampered housecat!
If you don’t mind me asking, why?
A: Because I have this lazy streak and being a cat and being able to sleep about 20 hours a day would suit me just fine!

Q: When you think of a garden, do you picture vegetables or flowers?
A: I only ever had a flower garden at my house, but I love to get fresh, homegrown tomatoes and zukes from friends who do put in a vegetable garden. And, besides, who ever would go to see a vegetable garden, while there are SO many gorgeous flower gardens around the world to explore!

Q: Did you like school when you were a child?
A: I loved school. In fact, I still feel that “going back to school” excitement every Fall. Getting new school supplies was the highlight of the year for me. And yes, I was teacher’s pet!

Q: When did you start writing and why?
A: I have written my entire life. Stories when I was a child, and then as a news reporter, for most of my career. Writing always came easily to me, which, I think made me think I wasn’t “special” in any way. It wasn’t until I took a job as a spokesman for a state agency and saw how other people wrote that I thought – oh, hey, I’m pretty good here!
Q: Who's your favorite author?
A: If I could write like my favorite authors: Elizabeth Gilbert, or Amy Tan, or Isabelle Allenda, I would LOVE that. But that is their gift for the world to enjoy. I am happy that fantasy has worked out for me.
Q: Do you write long hand first, or does it go straight into the computer?
A: When my two best friends and I wrote “Journey to Wizards’ Keep” while in college (just for fun) we did it by longhand. Then, we’d make copies and mail them to each other. But after a career as a news reporter for TV and Radio, my fingers fly pretty fast and I find writing by hand just can’t keep up with my brain, so it’s all by computer now.

Q: Are you a sit down and play it by ear kind of writer, or do you need a structured guideline, or maybe a little of both?
A: My co-writer Sara (which whom I continue to write) and I map out a general plot. Then, I think of writing as problem solving. If I know the plot is going to take us to a certain place, then it becomes a “game” of “how do I get there?”
But, I may start a scene and not quite know how it is going to get to the end – sometimes I am delighted by what comes into my head!

Q: What are you working on now? Would you like to share anything about it?
A: My writing partner, Sara, and I have been finishing up Book Three in the Irene Nan and Kay saga. We are very close to the end now, and it’s getting exciting!

Q: Do you have a new book coming out soon? Tell us about it.
A: I am currently polishing the sequel to Journey to Wizards’ Keep that I wrote with Sara. The Hunt for Winter continues the story of Irene, Nan and Kay – five years after the first book ends. It will come out in 2017 with Ravenswood.

Q: How can we find you? Do you have a web page, FaceBook page or any buy links?
A:  Yes, we do! Please visit  www.irenenankay.com and learn more about how this book was truly 30 years in the making. Also, we have additional scenes and stories that were cut from the original and even some illustrations we did way back in the early 1980’s!

ONE LINER:
Can three very different girls join forces to fight a common foe—a wizard bent on destroying their world? First they must convince the last remaining wizards to come out of retirement.

SYNOPSIS:
Best friends Nan and Irene want what all 16-year-old girls in their village want—to find true love and marry. Instead, they’re going to have to defeat an evil wizard.

When Irene and Nan’s village is attacked by the army of the Secret Valley, the two girls are taken captive—destined to become “playthings” to the King. Kay, a lady-in-waiting to the Queen, vows to help the girls. But when a jealous handmaid betrays Kay and her fiancé, all four have to flee the Valley. When they learn an evil wizard, known as the Black Lord, is the real power behind the Secret Valley, their only hope is to go to Wizards’ Keep and persuade the last remaining wizards to come out of retirement and help defeat the Black Lord.

Journey to Wizards’ Keep is a non-stop thrilling adventure with romance and humor as three girls with very different personalities join together to save the land.


Karen says ~ This is one of my favorite parts of the book. It’s where captives, Irene and Nan, meet Kay for the first time.
Excerpt:
Nan and Irene followed Richard into the cool darkness. The rock wall swung shut behind them. At last their eyes adjusted to the dim light shed by wall torches. They realized they were in a tunnel that stretched a great distance. Sir Richard walked so briskly that the tired girls were hard pressed to keep up with him. After a while, the torches became less frequent as the tunnel was becoming increasingly brighter. Ahead of them, Irene saw daylight. “We must have gone clear through the mountain,” she spoke her thoughts aloud.

“Correct.” Richard’s voice startled her. “We are approaching the Secret Valley. Only its inhabitants know of its existence. We are nestled between two of the peaks of the Hooded Mountains and are unobservable from the trail that leads over them.”

Irene studied their captor. He seemed excited to be home, and his face shone with an anticipation that made his boyish face more handsome. They continued to the end of the tunnel and stood, blinking in the late afternoon sunlight.

“Who found this place?” Nan asked.

“Our King, Lord William, stumbled onto the valley while lost on a hunting expedition. He persuaded his father, Dob, to bring their kingdom here. We have flourished over the years and grown to become the mightiest conquerors of the land. Behold! The land of William, Son of Dob!” He extended a hand dramatically over the valley, which lay below them. There was a castle, town center, homes, and fields, all surrounded by thick forests. Richard began to walk down the wide path and Nan and Irene followed.

“Why, ‘tis far too large not to be seen by anyone from above!” Irene exclaimed, gazing in amazement at the thriving community.

“We suspect some ancient enchantment keeps it from being seen.” Sir Richard shrugged. “Not for nothing is it called the Secret Valley. It allows us to attack our enemies and retreat to safety. No one can find us. But enough gawking. You’ll soon get to learn the place. After all, this is your new home. Follow me.” Richard continued down the path.

An arrow landed directly at Richard’s feet. He jumped back, but made no move for his own weapons.

“Kay!” he called, looking around him. “I recognize that arrow. Come out at once, or I’ll tell his Lordship you’ve been neglecting your duties again!”

The three of them whirled about as laughter rang from above them. Out of a nearby tree a young girl jumped down, smiling brightly. She was dressed all in soft doeskin from her shockingly short skirt to her knee-high moccasin boots. On her boyish, blond curls, she wore a garland of spring wildflowers. She carried a bow; upon her back hung her quiver of arrows. She laughed again, showing two deep dimples on either side of her smiling mouth, and spoke in a light, musical voice as she mockingly bowed to the man.

“Not neglecting my duties at all, Sir Richard, not at all. Merely looking for a bit of excitement and possibly a choice piece of venison or grouse to present to his Lordship.” She paused, her gaze falling on Nan and Irene. “Looks like you’ve had fair hunting.” She walked over to the trio and retrieved her arrow.

“Just a pair of wenches I picked up for his Lordship.”

“Oh? Her Ladyship will love that, Richard. Or have you forgotten her? She’ll not stand for two wenches in the palace.”

“I’m...I mean we’re not wenches!” Irene burst out in anger. “Nan is an accomplished dancer from the Academy of Gene the Ewe.”

“And Irene is of royal blood!” added Nan.

The blond girl cocked her head, impressed. “I think you’ve made an error, Sir Richard. Now, surely, you’re not going to hand them over as mere bed warmers, are you?”

“You didn’t give me a chance!” Irene replied icily.

“Bravo!” The girl laughed. “She’s got some spirit. Come, let me take them to my chambers and fix ‘em up. Then we can decide what’s to be done with them. You can’t present them to anyone now, Richard. Truly, they look like a dog’s dinner.”

Sir Richard started to protest, but Kay was already leading the two girls down the path to the town below.