Myra Nour ~ an interview and her novel ~ Time Shifters

I AM PLEASED TO WELCOME AUTHOR
Myra Nour 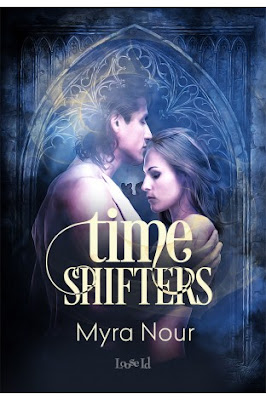 
Myra Nour is the author of several best-selling romance novels, including Love's Captive. She retired as CEO of BTSeMag in January 2016 and began focusing on her horror books. She is a huge fan of horror, loves The Walking Dead and devours zombie books. She is currently working on a zombie novel of her own. 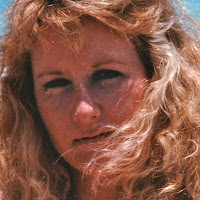 Myra grew up reading s/f, fantasy, and romance, so she was really thrilled when these elements were combined in Futuristic Romances. She enjoys writing within all these elements, whether the hero is a handsome man from another planet, or a tiny fairy from another dimension. Myra’s background is in counseling, and she likes using her knowledge to create believable characters. She also enjoys lively dialogue and, of course, using her imagination to create other worlds with lots of action/adventure, as well as romance. She uses her handsome husband as inspiration for her heroes - he is a body builder, a soldier, and has a black belt in Tae Kwon Do.


BANTER – STUFF ABOUT YOU

Q: Tell me one thing about each of the four seasons you like. It can be anything.
A:        Winter = Wearing sweaters & seeing snow. Actually having a true winter. I have lived in mostly southern states where winter is mild. Now I live in the North Carolina Mountains and enjoying sweaters. I saw snow 4 times in Jan, it was amazing!
Spring            = The nice weather, flowers and buds erupting. Bees getting busy.
Summer = Going to the beach. I don’t care for hot weather but it is nice when we go to Myrtle Beach. There’s usually a breeze so never feels too hot.
Fall = My favorite season. I love the crispness of the air; perfect hiking weather. The feel of walking through fallen leaves on a walk.  The gorgeous beauty of nature, especially in the mountains.

Q: When you think of a garden, do you picture vegetables or flowers?
A:  Flowers. I love roses; the beauty and the scent. I planted a Joseph’s Coat rose in Columbia, SC that grew like crazy and the colors were amazing – yellow, pink, orange, and a mixture of all three in one rose. I lived for 3 years in England when I was little and there were roses everywhere. Every time I smell a rose I think of England.:)

Q: If your life were a movie would it be considered an action film, comedy, drama, romance, fantasy or a combination?
A: Romance drama. I have been married 35 years to my best friend and soul mate so there is the romance. I have had many difficulties to overcome in my life so drama.

Q: Tell me one thing that your spouse does that really endears him/her to you. One thing that annoys you. These can be tiny little things, actually the smaller the better.
A: He is thoughtful. If he sees I am tired or sick he will do things like the dishes without me asking. Annoy is easy. He is OCD. Everything has a place and it annoys him if it is not there. Remember the lady in Misery, how she knew when the hero moved her penguin figurine in a different direction? Simon is the same way. He knows if I moved a pen on his desk.

Q: How do you feel about exercise?
A: I love to exercise. Simon and I go to the gym 3 times a week. I walk on the treadmill and do weights, plus stretching. If I had a normal heart I think I’d be a runner. I was born with a problem with my ticker and childhood was not normal. I never could run with the other kids. So it is something I’ve fantasized about. I don’t understand people who have normal health but hate to exercise; it’s good for the body, especially if you are overweight. If you’ve been blessed with certain aspects in your life, use it and enjoy it. Many cannot due to disabilities or other issues. Revel in good health.

Q: When did you start writing and why?
A: I started writing short stories in college, which was 1978. In 1977 I had a vivid dream which was like a video playing in my head. I saw much of the story, heard conversations, and met some of the characters. I jotted the story down and kept it in a drawer for many years. I told Simon and my kids the story and they kept bugging me to write it. Finally in 1997 (2 decades later) I did, which was my first novel, Love’s Captive. This has been my bestseller through the years and a fan recently put online that it was a classic. I thought that was an amazing comment.
Q: Which of your own releases was your particular favorite?
A: Heart  of the Dragon. I loved Eric, Kasha and Puff so much I cried when I finished writing the book. I felt as though I had left friends. The relationship between these 3 were so precious and special. FYI, Puff is a huge dragon. This is the 2nd in my Volarn series; Love’s Captive being the 1st.
Q: How does the man in your life feel about the genre you write? Has he read any of your work?
A: Simon loves everything I write. He respects my talent and intellect. When he was in the Army, a soldier once asked him if he’d ever read one of my books (hoping to embarrass him because it was romance). Simon said, “not only have I read all her books, I edited them.”☺He is a very good editor. Being from Lebanon originally, he had to learn English the correct way. LOL.

Q: What are you working on now? Would you like to share anything about it?
A: A zombie novel. I have loved horror since a preteen; movies & reading it. I don’t know why I didn’t write horror, especially since Stephen King is my favorite author. Maybe because the first story I dreamed was Love’s Captive and I was off writing romance.

I can’t share too much about it since it is an original idea and I don’t want anyone to “borrow” it.:) But there are several main characters who survive the zombie apocalypse in different ways and end up coming together. They experience something that will be the savior of mankind against the undead. I am a huge fan of The Walking Dead and my daughter kept asking me to write a zombie novel. I said I wouldn’t unless I came up with a unique idea, which I did.

It is a story about Briana, a woman who doesn’t know she is a shifter. Her mate, Raynor, has been calling to her for years but she thought it was but a dream. While on vacation she runs into him and is terrified when he shifts into a werewolf. She runs in terror into a time portal back to Medieval England.

Unbeknownst to her, she comes from an ancient alien race that crash landed here long ago. They study history on different planets; hence the time portal. Raynor must jump back in time in order to rescue her and bring Briana back. And to do that, they must bond mentally and physically. He must also teach her about shifting and not to be terrified of the powerful shapeshifter she is – a snakewoman.

BOOK SYNOPSIS:
Briana has heard his voice for years in dreams. Calling to her. She hears that same voice from the handsome stranger she meets on vacation, captivating and so familiar. When he unexpectedly transforms into a werewolf, Briana flees in horror. She knows him … he is the wolfman who haunts her nightmares. More than anything else, it is her lustful response to the beast that terrifies her.

When Raynor finally meets his mate, he is confused by her reaction and even more so by her response when he shifts. She doesn’t recognize him. In an attempt to escape, Briana jumps through the time portal of his people, landing her in Medieval England. Raynor must rescue her, which requires bonding with Briana as her mate. But first he must teach Briana that she is a shifter, then convince her not to be repelled by her other self, an ancient, powerful shifter. A snakewoman. 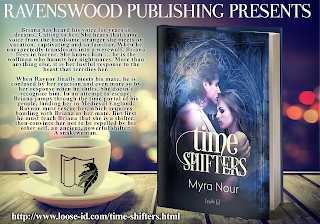