Constance Wallace ~ an interview and her novel ~ Legends of Green Isle: The Mirror Silver

I AM PLEASED TO WELCOME AUTHOR
Constance Wallace 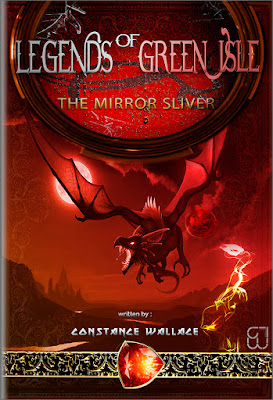 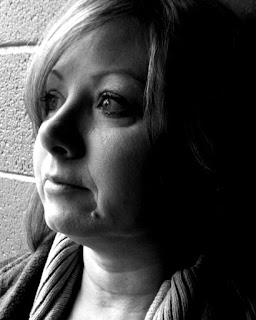 AUTHOR BIO:
Constance Wallace is a graduate student attending Clemson University, absorbing history, as she researches collections of WWI and WWII letters. Calling home for the moment the Mountains of North Georgia, she writes in her spare time when she is not researching for a history paper or article. Recently, her horror story, “Vengeance” and a poem “The Death of Me” won a literary award from Young Harris College in Georgia. She has collaborated on a romance/mystery book called "Small Town America" (chapter 12) published by Chainbooks Publishing and is in the midst of creating a middle grades series which centers on the First World War and Interwar period, along with the Young Adult Fantasy Series, Legends of Green Isle.

BANTER – STUFF ABOUT YOU
Q: How would you describe yourself as a color? Think personality here. Are you a light and airy pastel person, or more of a deep, dark, sultry and mysterious color?
A: I would have to say it ranges from Pink to Red. Somedays, I’m a pink and others a red.

Q: Are you a morning person, or a midnight candle burner?
A: I’m not a morning person. In fact, I do not come completely awake until after the first large 20 oz of coffee. I’m more a night owl. I get more work done in the late afternoon and evening.

Q: Tell me something you would like your readers (fans) to know about you.
A: I’m a big Sci-Fi fan and enjoy reading some of the futuristic writing of the 1960s. I really like Ray Bradbury and Anthony Burgess.

Q: If your life were a movie, would it be considered an action film, comedy, drama, romance, fantasy or a combination?
A: I have many people tell me that at this current time in my life I could be my own Hallmark Movie Crime Drama. It’s a long story, but that what it is.

BOOKS – ABOUT THE CRAFT
Q: Where do you get your ideas?
A: Many of my ideas for stories come from my dreams. I have very colorful and vivid dreams. They seem to be a motion picture with a lot of action and drama. Sometimes they are fantasy and sometime Sci-fi, but I always write down the good ones.
Q: What do you think is the hardest part of writing a book?
A: Finding the time. I teach college and during the off season (summer) I’m also doing research on history projects. I would love to be able to write on a full time basis, but right now its now feasible financially.  I also think that finishing a manuscript is just a difficult venture itself. Those who do complete their books should congratulate themselves, because they are many who do not do this.
Q: Would you ever consider a joint project?
A: Absolutely! I actually wrote a chapter for from Chainbooks Press. Each author that picked up the book after the first chapter was written, became responsible for moving the story forward by writing the next chapter. It was fun to do.

Q: How do you handle a writer's block?
A: For me, when I struggle with writer’s block, I find that this is good time to sit down and outline. I know that sounds weird, but my characters all chip in when I am writing. Sometimes when I outline the other books in my series, they pip up and add comments. It gets me back on track. 😉

BOOKS - NOW LETS PROMOTE – STRUT YOUR STUFF
Q: What are you working on now? Would you like to share anything about it?
A: At the moment, I have begun book three of Legends of Green Isle. It’s titled “The Ice Queen.” The story is picked up 30 years after book two “The Mirror Sliver” ends.

Q: Do you have a new book coming out soon? Tell us about it.
A: Yes. I would love too. Book two, “The Mirror Sliver” has just been released. It’s the second in the six part series of Legends of Green Isle. This book continues the story from book one. Time seems to be running out for the characters as they travel to Black Isle.  All of them know that soon, the Black Warlock, Uthal, will escape from his mirror prison. Our heroine, Miranda knows her own magic is growing stronger, but she is unsure of herself. She can sense there is a difference in her Matt, who is lost somewhere on the isle and she does not know if this strangeness in her friend will keep them from succeeding. He certainly does not appear to be the same Matt she knew.  There are some new characters that make an entrance into the story in book two that will be in the story through the rest of the books. It’s definitely an adventure!

Q: How can we find you? Do you have a web page, FaceBook page or any buy links?
A:  Yes, I do. Here are the links. 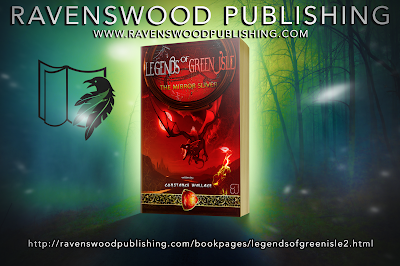 ONE LINER:
Join the adventure as those from Earth journey to save Green Isle from the ancient evil that wants to destroy all magic.

SYNOPSIS:
Time is running out. Soon, the Black Warlock, Uthal, will escape from his mirror prison. Miranda knows she must find the courage to locate Matt on Black Isle and reunite the group before they battle him. But something is wrong. While her own magic is growing stronger, she senses there is a difference in Matt. Will this strangeness in her friend keep them from succeeding in their quest?

EXCERPT:
The light from the sword grew intense. It resonated emotion. A beacon of revenge from a time so long ago. She leaped on the Fir Darrig, burying the length of her sword into its back, spearing him to the floor. A fury, not her own, seemed to engulf her. She quickly pulled the sword out and turned. Her actions were automatic as she sliced through the other two without hesitation. When she was done, the power ebbed, leaving her cold. She regarded the lifeless bodies that lie between her and the others in shock. Her heart immediately saddened. It released the hate and the anger that had earlier transformed her. In its place was regret. Had she done this? Was this slaughter from her? Her eyes found those of the wizard. She knew he saw what was transpiring in her thoughts. The words and questions reflecting from her soul in the pupils of her blue eyes said much.

“Death is never easy,” he said quietly. “Even when it’s your enemy.”

“Will I feel this way when it’s time to battle Uthal?” she asked. “Will I mourn his death?”

“Only if you haven’t lost yourself in the sword’s power,” he replied. “Remember. To always come back to the emotion of regret means you have not lost your humanity.”