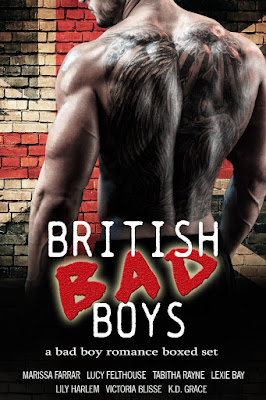 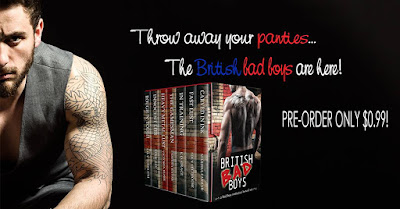 Blurb:
Indulge yourself with this boxed set of stories written by bestselling and award-winning British romance authors. No one knows British bad boys better than they do!
Come and spend time with a dirty-talking London tattoo artist, a Scottish bad boy, a British gangster who won’t take no for an answer, and MORE! These men are all hotter than hell and have accents to die for. Whatever your desire, you’ll find it within these pages.
Packed full of brand new standalone, steamy stories with no cliff-hangers. With happily-ever-afters guaranteed, you won’t want to miss out on this limited collection, available for a short time only!
Special pre-order price of only $0.99. What are you waiting for?
Featuring stories from Marissa Farrar, Lucy Felthouse, Tabitha Rayne, Lexie Bay, Lily Harlem, Victoria Blisse and K D Grace. 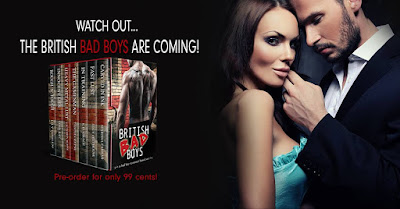 Calvin Wolf ~ guest post and his novel ~ The Singularity 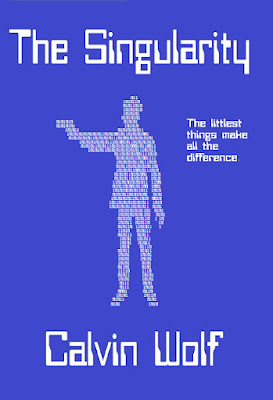 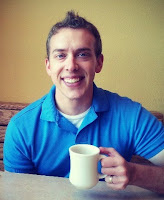 AUTHOR BIO:
Calvin Wolf is a Texas native who contains a swirl of Wyoming, a sprinkling of New Mexico, and a pinch of Colorado.  By day, he teaches high school.  By evening, he pens novels.  Anywhere in between, he can be found writing commentary and editorials.  Wolf lives in West Texas with his wife, son, and French bulldog.  He has published five novels and two thousand articles, poems, and short stories. 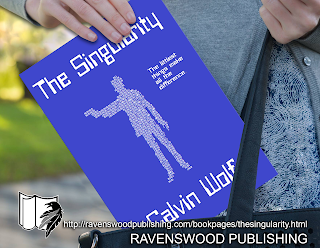 ONE LINER:
As America struggles under a politically repressive bad dream, a high-tech innovation that has escaped from a government lab could become the ultimate nightmare.

SYNOPSIS:
Months after a devastating terrorist attack on the Human Capital Market servers on the University of Wyoming campus, a corrupt administration in Washington is looking to maintain its grip on the future by any means necessary. After a grieving father unleashes powerful forces the president would rather keep hidden, two falsely accused men struggle to find their families and clear their names while being hunted by the full force of the United States government…and two vicious ne’er-do-wells whose grudges run deep. As a desperate White House tries to track down its prized fugitives and keep a discontent public under control, new technology offers wonder and horror in droves. From omnipresent surveillance to secret prisons to trading equity in citizens’ wages on the new stock market, The Singularity is a fast-paced ride into a near future where anything is possible. 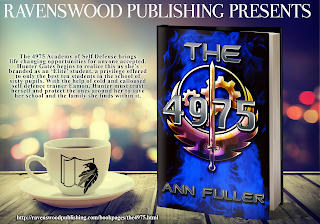 Where did you grow up, and how did this influence your writing?
I grew up in Midland, Texas. It's a small city, but pretty fast-paced given its oil industry. Also, there's a bit of political history with it being the proclaimed hometown of George W. Bush. It's a small city with big dreams and a long reach. Its influence and energy are greater than you would expect. I think I identified with that, which is why Midland was the setting of my first novels.

When did you first start writing?
I started writing as a kid. When I was in elementary school I wrote my first "novel" in a spiral notebook. When I was in junior high I wrote a crude novel on a Fastdata 386 computer using WordPerfect 5.1, which makes me nostalgic when I think back to it. It was a military/political thriller about terrorists who stole the controls to orbiting nuclear weapons in space. I think it used all the cliches.

What's the story behind your latest book?
Despite oil prices currently declining, Midland has been a boomtown for the past several years. I wanted to explore the power and influence of Midland, and the dark ambition that can come from an economic boom, in a political thriller that continued the stories begun in The College and The University. The Human Capital Market from The University is now fully operational and has added to the oil boom benefiting Midland. But, of course, with any promise of great riches come many ne'er-do-wells. I wanted powerful antagonists from The College and The University to return and intermingle with new, equally devious antagonists. As their machinations unfold, how do the protagonists react?

What motivated you to become an indie author?
I've always wanted to be a writer, going back to that first book written in a spiral. I think it was seventy pages long, written in pencil. It's just always something I wanted to be. Words, dialogue, and storytelling are my crafts.

How has Smashwords contributed to your success?
I first tried to publish The College on Amazon, and found that to be a mistake. I like Smashwords because it offered a user-friendly platform for my work and helped me edit and reformat my novel to be more compatible with e-readers. I've become a big fan.

What is the greatest joy of writing for you?
When somebody reads something I've written and it makes them think and imagine.

What do your fans mean to you?
My fans mean the world to me. Hopefully my writing can influence them in a positive manner, especially to explore their own imaginations and stimulate their own creativity. I hope to always be giving them writing worthy of their time.

What are you working on next?
I have completed the manuscript for a sequel to The City, titled The State, and am currently working on a standalone prequel to the series called Daylight Stealings Time.

Who are your favorite authors?
Stephen King, John Grisham, Dean Koontz, Michael Crichton. Honestly, I'll read just about anybody if the time is right. I read everything from girly chick-lit, courtesy of my wife, to wordy presidential biographies.

What inspires you to get out of bed each day?
Gotta get paid! That, and taking care of my amazing wife and young son.

When you're not writing, how do you spend your time?
I teach Economics at a high school during the day. After that, my wife and I usually try to hit the gym. Then, it's dinner and helping our son with homework. After that, if there aren't many chores to do, we might have a few hours before bedtime. We'll watch too much Netflix instant streaming and surf the Internet. As a freelance writer, I'm a big news junkie.

Do you remember the first story you ever wrote?
When I was about six I wrote a story about a dog. It was in a little book made from a folded-up sheet of paper, and maybe a piece of yarn as the spine. I think it was written and drawn in orange marker.

What is your writing process?
I write by the seat of my pants. Very little outline. I routinely change direction in my head. It's always evolving.

Describe your desk
I have a nice corner desk, but right now my main laptop has died so I'll be a writing nomad for a bit. 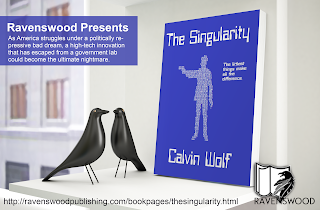 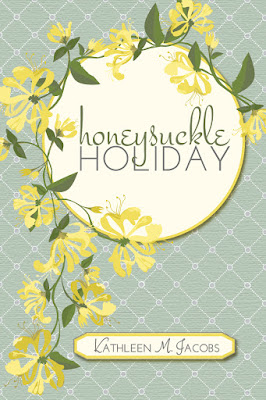 ABOUT THE BOOK:
Honeysuckle Holiday centers on the life of twelve-year-old protagonist, Lucy. It takes place in the south, in the late 1960s. Lucy struggles internally to come to terms with her parents' sudden and mysterious divorce. She finds herself thrust almost overnight from a world of comfort and privilege into one of near marginality.

When Lucy’s mother hires a black woman to help her, the situation intensifies. As the story progresses, Lucy learns the mystery behind her parents' divorce and her father's uncharacteristic, almost unforgivable immersion in the KKK. Lucy comes to shed her unknowing racism, taking her beyond the ideals of youth, her love of books and the trappings of childhood knit closely to her very fiber. She learns to peel back the layers of human frailty (her own included) painful piece by painful piece, while struggling to hold on to the comforts of innocence. Honeysuckle Holiday is young adult, to adult reading. 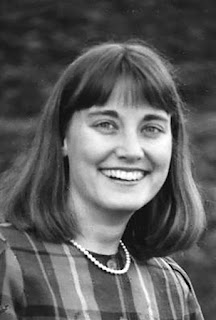 ABOUT THE AUTHOR
Kathleen M. Jacobs’s work has appeared in regional and national publications. She holds a Master of Arts degree in Humanistic Studies, and has taught English and Creative Writing on the high school and college levels.

Kathleen divides her time between the Appalachian region and New York City. Honeysuckle Holiday is her first young adult novel. She encourages readers to connect with her on her website, and on Facebook and Twitter. 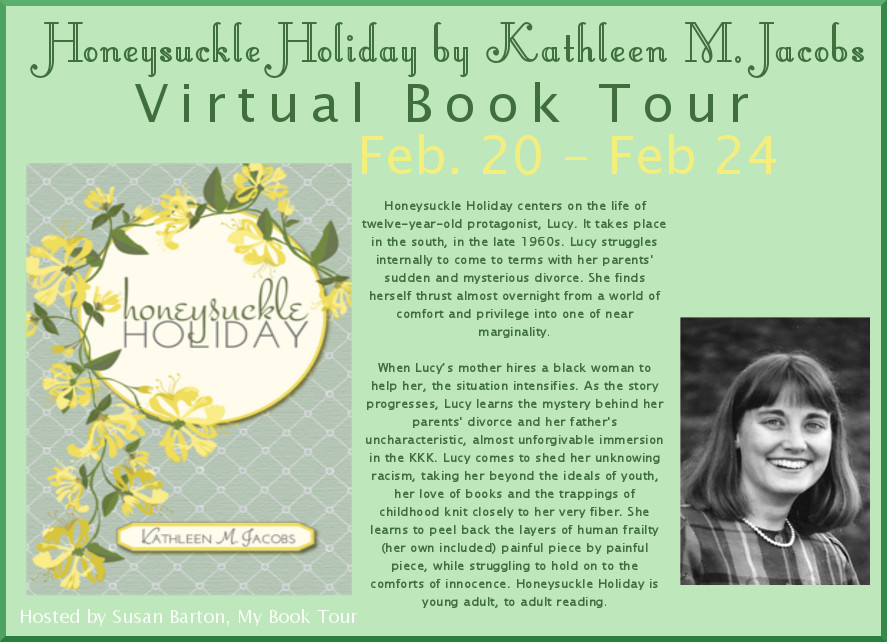 
Funny/Stupid and Interesting Tabs
Come back and visit again.
Posted by Loc Glin Author at 12:30:00 AM 1 comment: