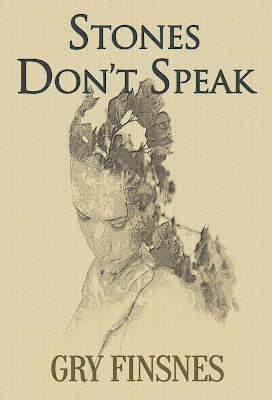 ONE LINER:
Norwegian pianist, Ellen, Avoids the Nazi rulers of Norway, while working for the resistance and looking for her German sweetheart Friedrich, who has disappeared. 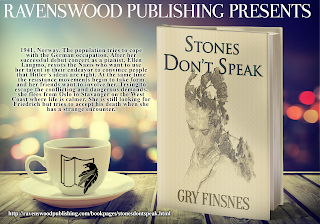 SYNOPSIS:
1941, Norway. The population tries to cope with the German occupation. After her successful debut concert as a pianist, Ellen Langmo, resists the Nazis who want to use her talent in their endeavor to convince people that Hitler’s ideas are right. At the same time the resistance movements begin to take form and her friends want to involve her. Trying to escape the conflicting and dangerous demands, she flees from Oslo to Stavanger on the West Coast where life is calmer. She is still looking for Friedrich but tries to accept his death when she has a strange encounter. 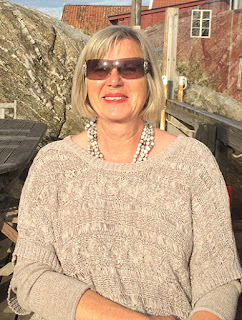 AUTHOR BIO:
Gry Finsnes grew up in Stavanger in post war Norway. She studied modern languages at university in Oslo and in Sweden. Her adult life she has spent in six countries now lives most of the time in France and Florida. Ten years ago she started her writing career by publishing two thrillers in Swedish. But, as stories from the Second World War and the occupation of Norway was part of her school years but not much written about, she decided to describe this period in a trilogy called ‘Tall King’s Country.’ In this series she has published two novels: ‘Vanished in Berlin’ (2015), a romance from the Second World War between a German and Norwegian musician. ‘Stones Don’t Speak’ (2017) is the sequel to ‘Vanished in Berlin’ and the second book of ‘Tall King’s Country.’ 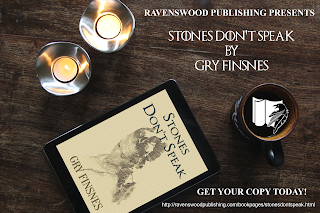 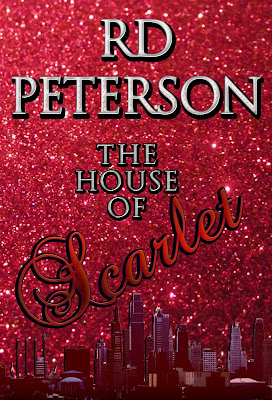 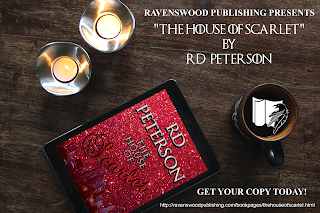 Surprised by what she learns, Karen struggles to deal with this new revelation about Violet. After being attacked by a rogue member of the club, Karen empowers herself to overcome her own internal conflicts and seize the reins of her destiny.

Along the way she meets Callie who, as her sister says, is perfect. Except for her Lesbian side, which she hides from everyone. Approached by the police to try to help identify a murder victim, Callie’s tattoo parlor is burned to the ground. With her dreams reduced to ash and nowhere left to turn, Callie fits her hand into Karen’s. 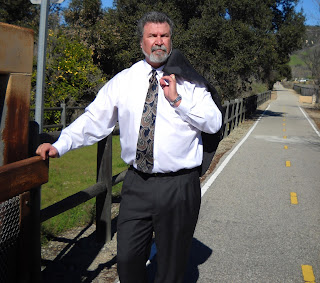 AUTHOR BIO:
RD Peterson is a semi-retired attorney. Along with caring for assorted cats, dogs and horses, he also collects antique clocks and pocket watches. He and his wife live in California.

Arthur Telling ~ presents ~ Yancy Gates: A Dialogue With Self 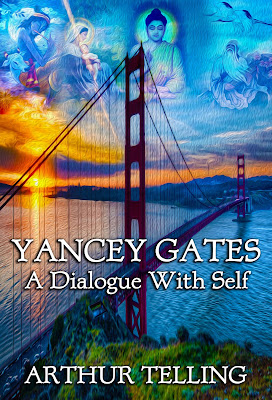 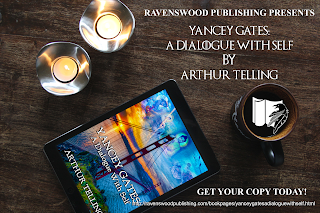 Yancey’s job in Planning takes on new life as the governor’s plan drops into his lap, and carries him to a Northern California Buddhist monastery where present moment awareness is a way of life, and to a fiery American Indian chieftain whose distrust of the White Man threatens the governor’s plan.

Remaining steadfast as he navigates through challenges and pitfalls, Yancey’s focus stays on the question of his
real purpose, his reason for living, and he brings you, the reader, along a tumultuous journey towards enlightenment. 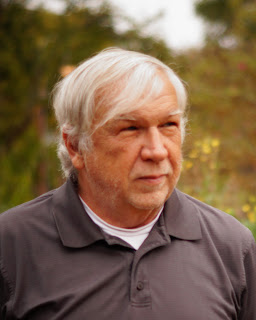 AUTHOR BIO:
Arthur Telling, born in San Francisco, California, grew up on the San Francisco peninsula, and presently resides across the bay in Oakland with his wife. A lifelong search for meaning and purpose in life, brought him to nearby Berkeley, with its rich metaphysical environment.  He has authored several novels, and has written numerous stories and articles. His articles have regularly appeared in online conscious lifestyle magazine OM Times (www.omtimes.com) including the January 2017-C issue “Jane Roberts, the Seth Books: An Overlooked Giant”  and August 2016-B issue “Son of Man May Not Have Been Jesus”. His article “A Different Jesus Message” was published in the November 2011 AMORC online Rosicrucian Digest. His article answering the question “How are the mind and brain related?” appeared in January/February 2008 edition of British Journal Philosophy Now. His website is www.arthurtelling.com 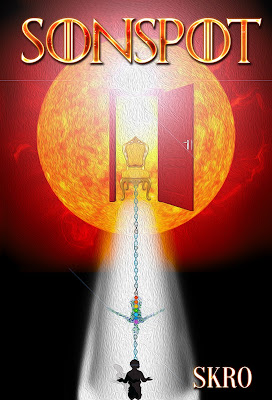 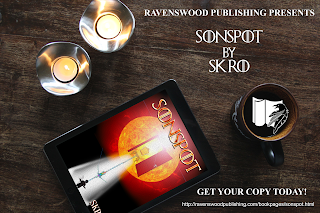 ONE LINER:
Mac asked for death. What he got was the complete opposite.

SYNOPSIS:
An apocalyptic adventure of awakening, madness, and revelation, Sonspot, is the tale of Mack—a coming of age man who is plagued by supernatural nightmares. Fed up with the depraved world he was born in, he asks for death. What he gets is the complete opposite; buried memoires of his eternal soul on the Island of Eden and the damnation that follows. With the aid of a magic gum, the mysterious divine flow unfolds before Mack and his best friend, leading them on an adventure through the nine levels of hell; answering one fundamentally scary question that haunts us all to our grave.

The idea for Sonspot came to me when one of my friends and I were kayaking around a large pond in our neighborhood. We had decided to go on an adventure earlier in the day and thought that we hadn’t mapped out the pond that we grew up next to. It’s a large pond next to the elementary school we both went to. We gathered up the kayaks and threw them atop of the car that my grandparents gave to me. It was a well-kept 1995 Ford Taurus. With only a couple of bungie cords we secured the kayaks to the roof and drove the whole half mile to the pond. The day was beautiful and the sun shone down on us, making for that magical feel. We drug the kayaks to the pond through the path in the woods.

Along the way, we began to talk about our lives and what we want to do with them. We tend to talk existential, always. We get to the water and more clumsily than skillfully, get into the kayaks without toppling over. I grab the oar and set a course for my brotha who was several paces ahead.

The thing I remember clearly, is how nice it was that day. There was something magical in the air, and in due motion, the magic entered my mind. Though, I think it’s always there and its us who simply have to be aware of it. I was in some sort of zone while I was paddling and while in this zone, an idea came. I told my brotha that I wanted to write and travel. He said that it sounded like love.

Later, Mack came to my mind and jumped into another reality which opened up like a portal in some observable section of my mind. In that universe, I saw what appeared to be a place of perfection; the island of Eden. Jane was there and all the harmony that brings bliss to the soul.

For the rest of the day, that image held in my head and played out clearly as the reality I was kayaking in. After mapping the pond and finding his brother’s old raft they made decades ago, we hiked back to the car and went back to the apartment I was living at.

IT was a magic raft.

At the apartment, we got in some groove and started to play some video game with a gun. During the games, the scene I’m seeing through my mind reaches its next chapter. The shadow enters onto the island and begins to plague Jane and Mack.

I remember creeping myself out when the character for the serpent came around and introduced itself to the story. Ohh, that night, I couldn’t sleep, it was awesome. Before I could go wherever the heck we go in our sleep, I had to write down the story that came through my mind; as much of the plot as possible.

Pretty sure I slept peacefully that night; but who really knows? 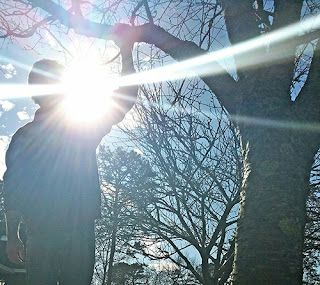 AUTHOR BIO:
Skro is a pseudonym.. but an actual being that was wrangled in from some faraway place, deep within the caverns of imagination. His mortal self lives in the outskirts of Atlantic City, New Jersey. He was born in 1989. Sonspot is his first novel. He loves everybody; no exception.. because we all emanate from the same source, and all eventually find our way back there; no exceptions.